In a new study conducted by West Health and Gallup, it is revealed that nearly one in five U.S. adults – 18%, or 46 million people – report that today, if they needed quality healthcare, they could not afford it.

For one of the most advanced countries in the world who pride themselves on being world leaders, this is a truly worrying statistic; however, it doesn’t even stop there.

Among adults, approximately one in eight have cut back on food (12%) and over-the-counter medicine (11%), among other things, to pay for health care or medicine.

Furthermore, 21% of low-income households cut back services due to the cost of care, demonstrating the disproportionate sacrifices lower-income families have had to make during the COVID era.

The differences between the white and black struggle.

It is already well noted that based on the colour of your skin the economic options available to you within the United States are vastly different.

Especially with the impact of COVID-19 POCs have been hit the hardest.

In Black adults (29%) as well as Hispanic adults (21%), the measure of healthcare unaffordability is much higher than for white adults (16%).

Politics is holding the US back

For anyone who has followed but a fraction of the United States political scene, they would be very aware of quite how contentious the topic of healthcare is.

On one side of the political spectrum, the idea of free healthcare for all appears a basic human necessity that should be provided to all citizens.

Whereas on the other side of the debate, free healthcare is a dreaded socialist idea that inherently goes against the very ideals surrounding the core of American values.

As for which side of the debate you fall on that is not for me to change your mind, however, the statistics brought forth from the study do provide an interesting take on quite how embedded politics is within the healthcare system.

Over 80% of Americans — including over 70% of Republicans — favour setting caps on out-of-pocket costs for both prescription drugs and general healthcare services for those who are covered by Medicare.

Furthermore, the lowering of the age of Medicare eligibility to 60 is supported by 65% of adults, including 60% of political independents and 42% of Republicans.

The Split Starts To Show

This is where the political divide truly shows.

While 60% of all Americans favour “making Medicare available to everyone,” support ranges from 93% among Democrats to 19% among Republicans.

Similarly, 59% favour “expanding and strengthening” the Affordable Care Act; but the 98% of support among Democrats contrasts with 15% among Republicans.

As evidenced from the statistics politics is truly embedded within the very core of the healthcare system.

As much as where you fall on the political spectrum will inherently affect what you feel about certain issues such as medicare for all & the affordable care act; it is truly obvious from this study that something has to change and change soon.

Where do we go from here?

While the U.S. enters the second year of the COVID-19 pandemic, the economic recovery continues to advance a bit unevenly, with 235,000 jobs added in August, significantly exceeding estimated expectations for the month.

Now that the new $1.9 trillion COVID-19 relief bill has passed, which was discussed but not yet passed at the time of this survey, it is set to provide more relief to a large number of Americans in need.

Despite these positives step towards a brighter future for the US, the cost of rapidly increasing cost of healthcare and its potential ramifications continues to serve as a burdensome part of day-to-day life for millions of Americans.

Over a 12-month period that roughly covers the first full year of the COVID-era, 18% of American households had to forgo some degree of needed healthcare because they were not able to afford it due to the cost.

Despite the substantial number of Americans who suffer its effects, widespread cuts in basic household spending to offset health care costs are expected to have a considerable impact in the real world.

Against this backdrop, a number of public policies are currently being considered with majority support, raising the prospect of government action designed to reduce healthcare costs.

The US is starting to wake up to the prospect that their healthcare system is inherently flawed, COVID19 was not only a test but a revelation to how brittle the system truly is.

Breakthrough In Touch And Heat..

How Blockchain Is Now Powering.. 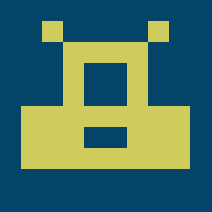