How Clean is Bitcoin?

How Clean is Bitcoin? Elon Musk announced that Tesla has dropped Bitcoin payments after growing concerns of it’s energy usage. Many have been left asking the question: “how green is Bitcoin really?”.

A few weeks after Elon Musk dropped Bitcoin payments for electric car company Tesla, many have been asking how green is Bitcoin?

When mining bitcoin a cryptocurrency network relies on a computer to solve puzzles. This uses huge amounts of electricity.

According to the University of Cambridge mining Bitcoin has an annual power consumption of 130 terawatt-hours.

To put that into perspective that is more than the whole of Argentina.

This does not necessarily mean that the carbon emissions produced are as bad.

A lot of bitcoin mining uses renewable energy and this can range from 39%-73%. Substantially higher than the percentage of renewable energy found in the US power grid. Which stands at around 20%.

So looking over it is clear that bitcoin mining is more efficient than the average uses in the industry and doesn’t impact power usages significantly to warn issues.

A good function of bitcoin mining is the use of excess energy. Miners utilise power that can’t reach nearby infrastructure.

In other areas of the world, e.g. miners in rural China, they use hydroelectric power which would otherwise be wasted.

After looking into the uses and energy consumed we can see that there are clear positives and negatives.

Urban mining can use a lot of power but regularly uses excess power which would be wasted. This improves efficiency.

When it comes to the question of how clean is bitcoin we can argue both ways. It really just depends on the power source.

So What Actually is Blockchain? 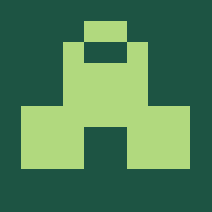