The mastermind behind a recent cryptocurrency hack has returned the $600m they stole.

$600m (£433m) has been stolen in the biggest crypto heist in history. Announced on August 10th via twitter by the victims, the Poly Network, a blockchain site meant to act as a cross-chain bridge between different blockchain ecosystems allowing interoperability.

Major players in the DeFi industry, such as Binance CEO Changpeng Zhao, immediately offered their help in coordinating Investigations that revealed the hacker had exploited a “vulnerability between contract calls”.

Surprisingly since the heist the hacker, dubbed “Mr White Hat”, suffered from a conflict of consciousness and decided to give all the money back returning all of the funds, bar $33 million in Tether frozen by it’s issuers.

The hacker left a series of notes embedded in Ethereum transactions.

Even more shocking was when the Poly Network then decided to offer “Mr White Hat” the job of chief security advisor and $500k for discovering the bug. They chose not to accept the $500k bounty and it is unclear if they took up the job.

It wasn’t the first, and it seems not the last, crypto heist we will see in the turbulent industry as only a week after the Poly Networks’ incident the Japanese crypto exchange Liquid reported $97 million in different coins missing. 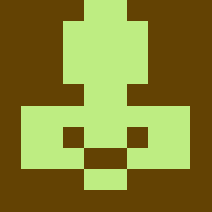